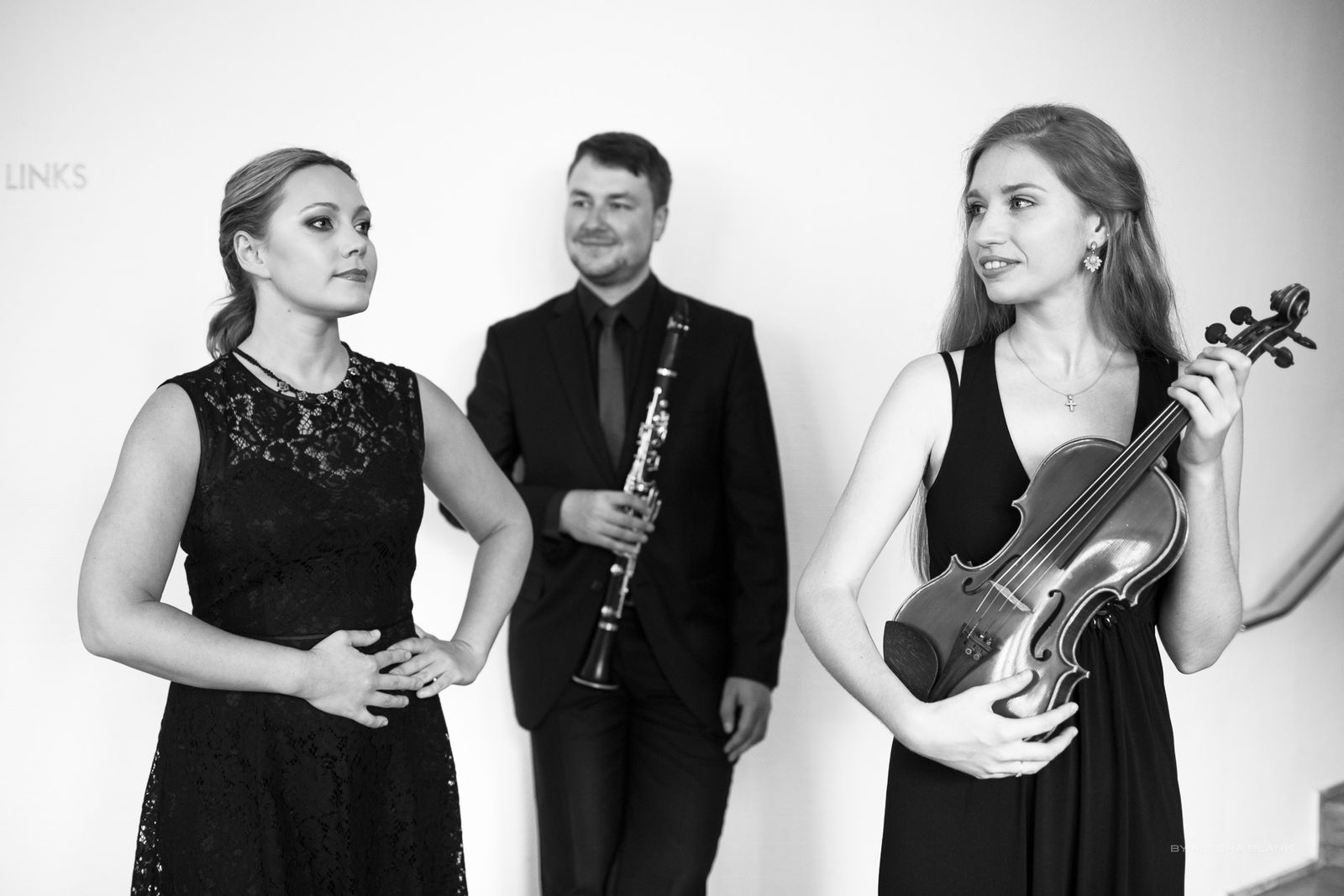 1. In Beethoven's time the clarinet was considered to be one of the most innovative instruments, having only found its way into concert halls during the Viennese Classical period and still being perceived as a speciality. Mozart was one of the first to introduce the clarinet to chamber music. His Kegelstatt Trio was created spontaneously one evening in the presence of the famous clarinettist Anton Stadler. Instead of playing music, they had the idea of writing the trio. Johann Baptist Wanhal, a friend of them both, was also part of a quartet in which he performed together with Mozart. His trio Op. 20 No. 5 was specifically designed with the possibility in mind of replacing the violin with the clarinet - and it is this that really gives the piece its special freshness. Beethoven intended the same for his trio Op. 11, which is therefore often played with a combination of clarinet, viola and piano. Schumann's trio Märchenerzählungen counts as one of his later works and shows the entire range of his musical language. Although the piece has no distinct plot in the form of a specific fairy tale, it conjures up various fantastic images for the listener: graceful fairies, stamping giants, whispering lovers, knightly wanderings. The trio Sérénade is arranged with four pieces as its unique instrumentation, replacing viola with violin. Together they take the listener on a journey through the classical era.