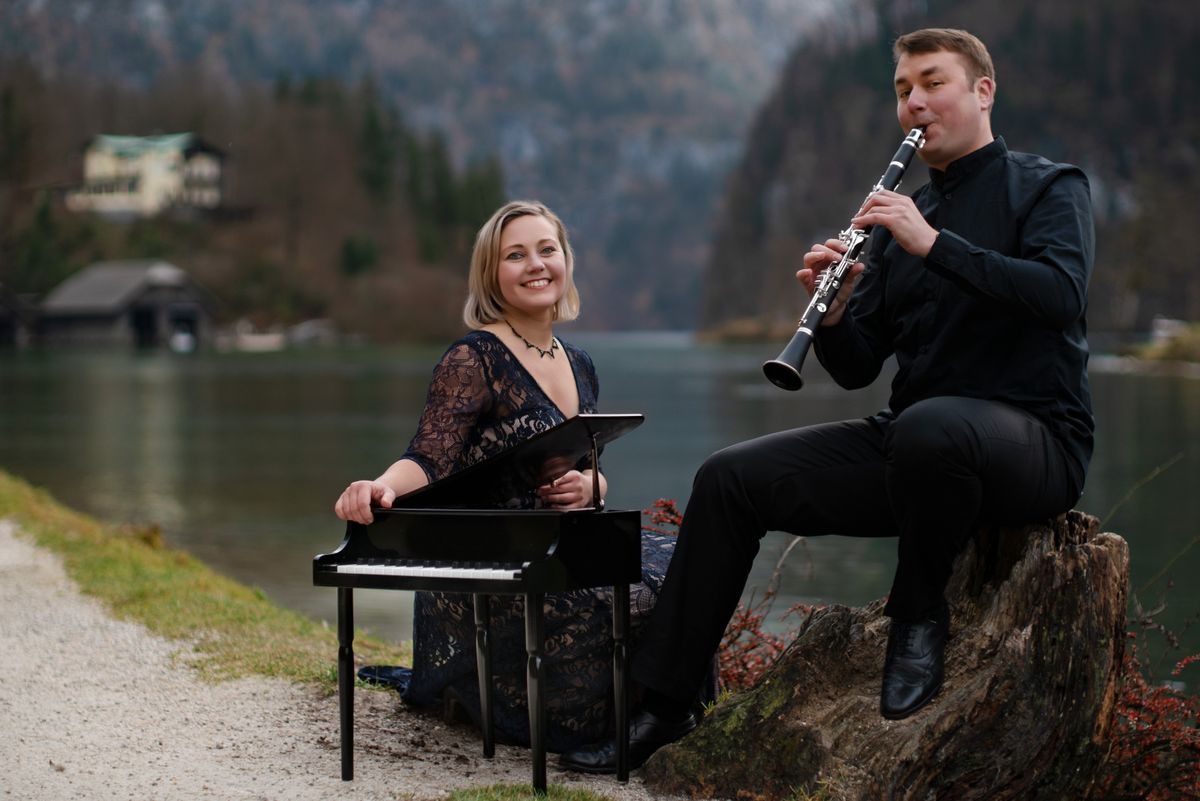 In the "Duo Adamé" two musicians have been brought together, who, in addition to a long-standing friendship, are united above all by their love of chamber music. They got to know each other through their joint studies in Kiev and met again in Germany, where they continued their studies. Since then they have played together and developed an extensive duo repertoire from baroque music to German and French romanticism and contemporary modern music.

Their sensitive interplay is characterized above all by an extraordinary palette of timbres and great intensity of expression.

Vitalii Nekhoroshev (clarinet) was born in Moscow. He completed his clarinet studies with distinction at the Tchaikovsky National Music Academy, and won first prize at the international competition "German Composers" in Kiev and the international chamber music competitions in Kiev in 2009 and 2012. From 2006 to 2009 Nekhoroshev played solo clarinet at the Nationalen Musikakademie Tschaikowsky and was first clarinettist of the Nationalen Präsidialorchesters from 2009 to 2014. He polished his education by completing the postgraduate course "New Music" at the Folkwang University of the Arts in Essen.

Violina Petrychenko (piano) has received numerous awards, scholarships and prizes for her sensitive playing, including from the Klassik Stiftung Weimar, the Anna Ruths-Stiftung in Cologne and the Werner Richard - Dr. Carl Dörken Stiftung. She has also been awarded the Folkwang Prize and received the audience prize in the Medenus competition.